This blog is part of the PuttyFest: A Celebration of Multipotentiality 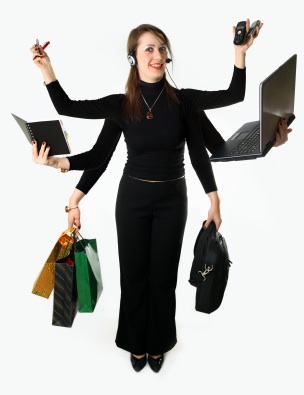 It all started … well, when I was born, I guess. But for the story’s sake let’s say that it all started when I went to college. Until then I was “just me.”

I did not have to choose between writing poetry and studying human nature; being in the drama club or taking dance classes. I did it all because I loved it all.

But now I “had” to choose. Would I be an actress or a writer? A dancer or an actress? Would I study psychology or literature?

The prospects were so overwhelming that I would often rebel and switch focus, just to alleviate the sense that I was being imprisoned by the world’s insistence that I narrowed down the expansion of my passions, talents and interests.

Dad would advise me to “make a choice and stick with it.” This is the Sacred Masculine way. It includes planning, prioritizing, single-pointed focus and logical thinking.

I’ve always been a good decision-maker. Making choices was not the issue. People often believe that you are not making a choice when you decide to choose more than one thing.

Mom would advise me to “study something practical because art does not make money.” This is often the case with poor and middle class families who need their children to achieve some progress in order for the finances to stabilize. It is often colored by ignorance about both: how money is made and the subject that moves the young adult.

But I simply could not choose. And money did not motivate me, either.

I compromised in pursuing a major in humanities with a concentration in drama. But I had enough credits in psychology too.

At the end, I dropped out and pursued my interest in writing and drama on my own for many years.

…Until I moved to the United States and tried to finish my college education. Back to college and back to the stress of choosing my career. Psychology? Literature? Drama? Dance?

I graduated 13 years later with a major in humanities and a concentration in Psychology. Had I chosen?

No. I simply figured out that I did not need a degree to do theatre. I had already been doing it for more than a decade! But I had enough credits by that time for a double concentration.

Here’s what I learned:

I can concentrate in many things. In fact, I was born to do so.

A shaman works with energy, emotions and perception. She uses all forms of art (drumming, dancing, mask-making, sand-drawing, enactment, singing) to help her clients create shifts of perception that change their world. No wonder I could not decide!

To embody my purpose I needed to pursue all my talents until I found where they intersected.

If you’ve been nodding as you read this, you too may be a Multipotentialite.

If you are, hop over right now to the PuttyFest: A Celebration of Multipotentiality.

You will find out four things:

Hop over to the PuttyFest!