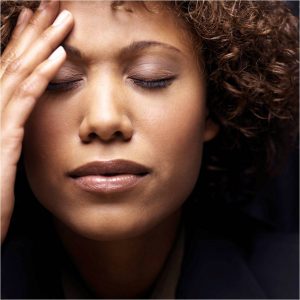 I want to share this with you, my beautiful magical sister or brother ~my worse moment this week~ because it was agonizing and I feel that you could relate.

I found myself at war between kindness and self-forgiveness.
I had not responded as kindly and compassionately as I could have done —in hindsight, of course.

“I really really messed this up!”

The person had withdrawn and I could feel that I had not
been as receptive as she needed and as a consequence, she did not feel trust
enough to share any further.

Had I damaged her trust? Would she now curl inwardly and
avoid others? Would she not seek help? Did she feel judged? The questions
tumbled over each other, each making me feel worse and worse.

I was heavily challenged to forgive myself for this mistake,
and I was surprised at the level of distress running through me.

I thought I had already
gone through this. A bunch of years ago, I spent an entire year rewiring my
habit of self-flagellating myself every single time I made a mistake. 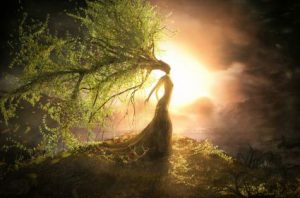 Reading Time: 5 minutes
In the year 2000 I lost my home and almost all my possessions to some kind of infestation that no expert could define or address. Two weeks of sleepless nights can feel like a lifetime of distress, and I was left with exhaustion and allergies. When I landed on a friend’s guest room, I barely had energy to get up. All I could do was look out the window.

Fortunately, there was a beautiful tree grove right out of that window. So throughout the winter I sat and meditated with the trees.

Trees dance with light, wind, birds and life. They teach us the dance of stillness.

I watched the play of light and shadows changing the color of the leaves. I watched little birds sing and mighty hawk hunt. I forgot that I was in Manhattan, right in the middle of a noisy New York.

I delighted in the wet, radiant leaves after the rain and suddenly realized that it was not just my delight. I was feeling the delight of the trees! I had connected to the Trees. 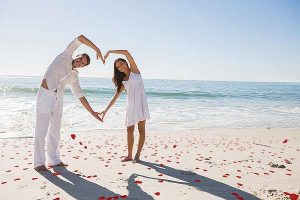 She had a twin brother and she was so grateful for him because he was her shield, her protector, her hero.

Melissa was petite and delicate while Marshal was tall and athletic.

She had honey-brown straight hair while Marshal’s hair was a curly bold red-auburn.

The only thing that was identical in these twins was their golden eyes.

When Melissa was 9 years old, Marshal and her were identical but for their genders.

Her hair was more fiery at that time. It shone under the sun as she played in the fields.

They played together climbing trees and seeking adventures in the forest around their home, and she was pretty strong. Her legs were muscular. Her wrists were strong and she could open any stubborn jar lid easily, just like Marshal.

They loved to run along the shores, swim in the ocean and collect shells.

“The power of the ocean is dancing inside this shell,” Melissa would declared.

“I can feel the dance of the universe,” Marshall would whisper, for he loved dance. 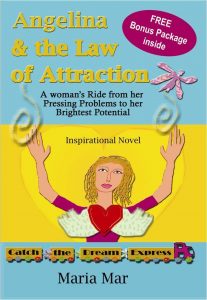 Reading Time: 5 minutes
Once Upon a Time…

It all starts with the story

Angelina holds tightly to her big bag (where she carries her secret) while she waits for the “N” train that will take her to a new corporate job. Meanwhile, her soul is wilting and summons a magical guide~ the whimsical Dragonfly Lady~ who detours the train. Will Angelina catch the Dream Express into her Dream Destination or will she miss her destiny while she stubbornly sticks to a success track that steals her gifts and cripples her purpose?

Are you a spiritual, creative woman (or out-of-the-box man) who loves fantasy but hates the violence, apocalyptic tendencies and wars of many fantasy stories?

I totally relate! When I read, I want to experience something that enriches my life, uplifts my vibration and expands my wisdom. I’m not one to read just to escape. In fact, if everything is forced to be perfect, I find it boring. But neither do I want to bring a world worst than the one I’m […] 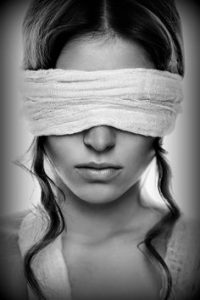 Reading Time: 26 minutes
How can you be visible to others when you are keeping yourself invisible to yourself?

The series of Women
and Visibility is a journey through the challenges women in the 21st
Century face in our path to fulfillment or when we want to share our gifts,
embody our purpose or live our brilliance. In any of these instances, being
visible is a necessity. But being visible elicits potent fear in women. This
series is my attempt to describe why and to explore ways in which we can
address this challenge so that we can free our radiance, unfold our potential
and express our genius.

In Article 1: “The Hunger that Devours our Visibility,” we address the hunger that both, pulls us towards becoming visible and sabotages our capacity to be visible.

In this article, I want to explore the underbelly of women’s invisibility: when we are invisible to ourselves.

When we are invisible to ourselves.River Shapeshifter: Digital collage by Maria mar(c)

In the first article I referred to a ceremonial performance
I did last year for an audience of change-makers, artists and activists.

The venue was an amazing cultural cafe that […] 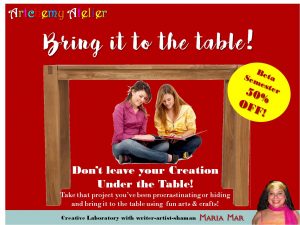 Reading Time: 4 minutes
We spiritual creative women so often leave our beautiful gifts under the table!

My Story… Do you relate?

For years I had been writing
poems, but for some hidden reason I never published them. Poetry was the
first form I used in my writings. I’ve been writing poetry since I
grabbed a pen for the first time. But for some unknown reason, I
published fiction, then non-fiction and even created dozens of
products… and yet my poetry was unpublished.

One day I went to a poetry reading of an anthology of women writers that included some of my poems. The organizer had placed a big table to display our books…. and it was empty. There were about seven female professional writers reading their work, but not one had brought her book to the table! That’s when I decided that I had to change this. It was no longer acceptable to keep our gifts under the table… and the change started with me!